Skip to main content
It looks like you're using Internet Explorer 11 or older. This website works best with modern browsers such as the latest versions of Chrome, Firefox, Safari, and Edge. If you continue with this browser, you may see unexpected results.

ACLU of Idaho: "The ACLU of Idaho is a non-partisan, non-profit organization dedicated to the preservation and enhancement of civil liberties and civil rights."

Boise State University African Student Association: "ASA is a student run organization comprised of African students of various ethnic/national backgrounds. This culturally, socially, and academically vibrant organization strives to promote a better understanding of the varying needs of African Students and the issues that they are confronted with globally and locally at Boise State University."

Treasure Valley NAACP: "Locally, the Treasure Valley Branch was originally established 85 years ago to follow through on the promise of equal rights for all minority communities in Idaho. The branch was reformed in 1965 and has been actively fighting civil rights issues ever since. Today, our branch is proud to carry on the goals and objectives of the National Office for all citizens of Idaho."

University of Idaho Black Student Union: "The purpose of the Black Student Union (BSU) is to support the advancement of black students, promote equality and unity among students on campus, celebrate black heritage and to provide a social atmosphere where students can meet and have open discussion. BSU is open to all students."

YWCA of Idaho: "The YWCA of Lewiston, ID – Clarkston, WA is dedicated to empowering women, eliminating racism, and promoting peace, justice, freedom, and dignity for all. It is committed to building a strong community by actively promoting the value of diversity and the right to a life free from violence, poverty, and oppression."

Black Lives Matter: Black Lives Matter began as a call to action in response to state-sanctioned violence and anti-Black racism. Our intention from the very beginning was to connect Black people from all over the world who have a shared desire for justice to act together in their communities. The impetus for that commitment was, and still is, the rampant and deliberate violence inflicted on us by the state.

ACLU: The ACLU works in the courts, legislatures and communities to defend and preserve the individual rights and liberties guaranteed to all people in this country by the Constitution and laws of the United States.

NAACP: The mission of the National Association for the Advancement of Colored People (NAACP) is to secure the political, educational, social, and economic equality of rights in order to eliminate race-based discrimination and ensure the health and well-being of all persons.

National Lawyer's Guild: The National Lawyers Guild is the nation’s oldest and largest progressive bar association and was the first one in the US to be racially integrated. Our mission is to use law for the people, uniting lawyers, law students, legal workers, and jailhouse lawyers to function as an effective force in the service of the people by valuing human rights and the rights of ecosystems over property interests.

The Bail Project: The Bail Project, Inc. is a non-profit organization designed to combat mass incarceration by disrupting the money bail system ‒ one person at a time. 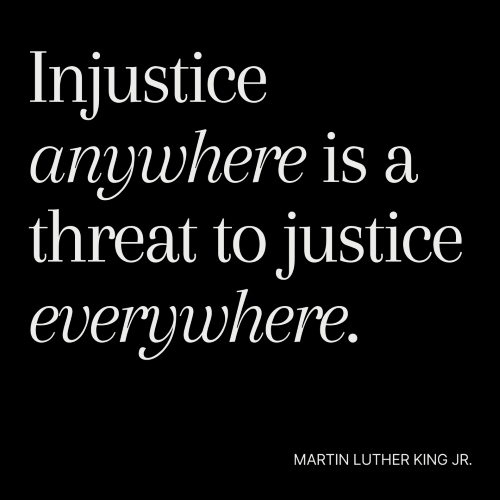 ACLU Know Your Rights: Protesters: The First Amendment protects your right to assemble and express your views through protest. However, police and other government officials are allowed to place certain narrow restrictions on the exercise of speech rights. Make sure you’re prepared by brushing up on your rights before heading out into the streets.

If you're planning to take part in protests, know your rights. Read this (CNN): Every American has the right to demonstrate peacefully. It's right there in the First Amendment. But it's not as simple as showing up with a sign. There are some measures officials can use to limit protests, and it's easy to accidentally tiptoe into legally murky territory if you don't know the specifics.

How to protect your rights and data during #Black Lives Matter protests (Above the Law): The right to protest is a fundamental one that deserves protection, and it's one that is essential to the preservation of our democracy.

Write your local, state, and federal legislators. Use the tips below to make your message more effective.

Find your your national, state, and local officials

For iPhone users, try this app to contact your national representatives

Law students in Moscow can take advantage of free confidential counseling and crisis intervention services provided by the UI Counseling and Testing Center, www.uidaho.edu/current-students/ctc, located at Mary Forney Hall in Moscow; contact the CTC at 208-885-6716 or ctc@uidaho.edu.

Boise State University’s Counseling Services provides law students in Boise with confidential short- and long-term counseling and crisis intervention at their location in the Norco Building on the Southeast side of BSU’s campus, https://healthservices.boisestate.edu/.

In addition, the following services are available to all law students in any location:

Sometimes students are reluctant to take advantage of counseling or substance abuse treatment for fear they will have to report this when applying for the bar. It’s important to know that mental health and substance use issues are not a barrier to bar admission: indeed, according to the ABA, 25% of attorneys have anxiety or depression. Rather, bar admission authorities favorably view applicants who actively seek treatment for mental / emotional health issues or alcohol /substance abuse.

The views, opinions, findings, and conclusions or recommendations expressed in these websites, articles, etc. are strictly those of the author(s). They do not necessarily reflect the views of the University of Idaho College of Law nor its personnel.